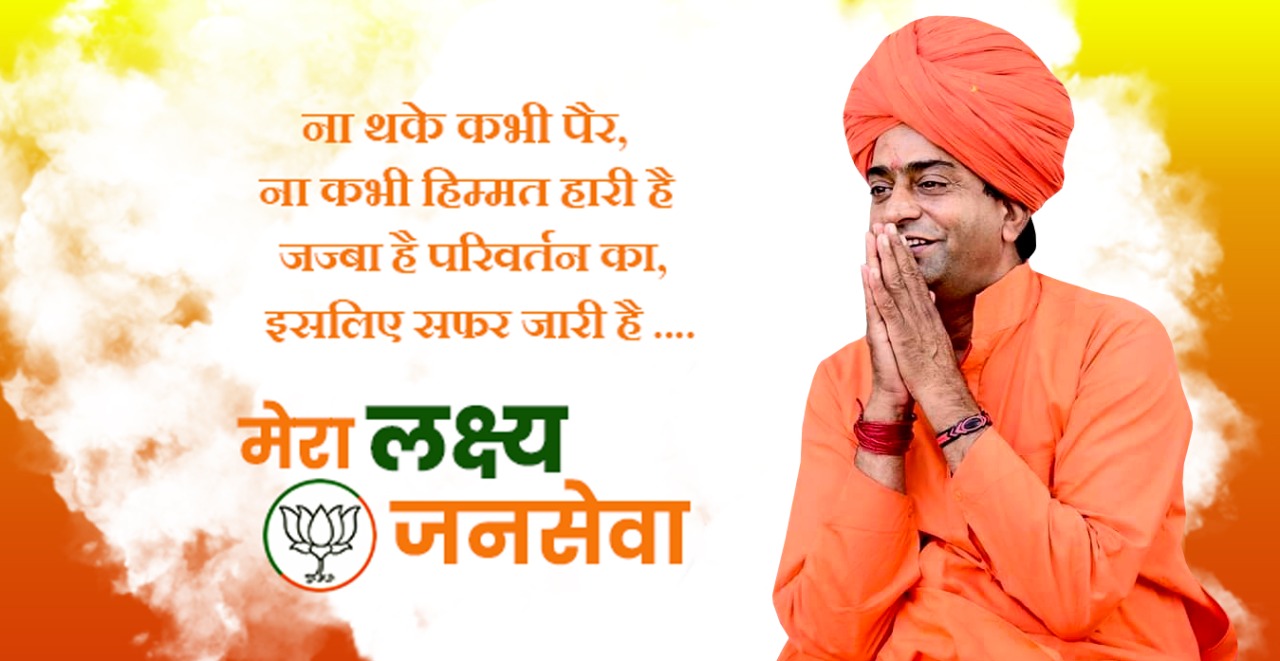 Swami Pratap Puri Shastri is a well-known name in the Western Rajasthan for his philanthropic, religious, and spiritual activities as a Mathadhish (head) of Taratara Math, an old Monastery of Nath community in Barmer District that has millions of followers across the Globe.

A story which is corroborated by many eyewitnesses explains that how Swami Ji was resurrected from the dead by the Miracle of his guru and Former head of the Math, Swami Mohan Puri Ji. Well-versed in Vedas, Upanishad, and Sanatana Dharma Philosophy, Swami has got the highest degree of Sanskrit i.e. Shastri from the Gurukul of Haryana where he has spent his early Childhood. After completion of his essential studies, swami came back to his mother institution (math) and started pro-people activities under the guidance of his Guru Mohan Puri Ji who was famous for his carefree and lively personality. Sastry has taken Math on another level when he has opened the gate and resources of Math for all those activities which can directly benefit the public of the area. These activities include yoga and health camps, residential education for children, Nasha Mukti awareness, the movement for cow protection and conservation, etc. His determination was largely responded to and reflected when he has organized a fourteen-day long program in memories of swami Mohan Puri ji in the month of February 2018 which was attended by Lakhs of followers around the country and also by the eminent from the field of spirituality to politics. That was the event that has shown that Shastri has reached the heart of the people.

But swami Pratap Puri had a larger vision in his mind, which reflects in his own words- ” when I visited the Bharat as a monk, I have seen that we are facing the four major socio-political problems viz. Caste discrimination, Forceful religious conversion, Poverty, and least concern about the Hindi language and these issues must be addressed on a priority basis to turn Bharat into a Vishwa Guru. “Interestingly in his speeches, he has been emphasizing modern education while holding the thread of rich heritage and culture of India. A staunch follower of Swami Vivekananda (he is often designated as Vivekananda of Marwar) Swami Pratap Puri has continuously inspired his colleagues to leave the math for the time being to serve society. Also, During the recent Corona Crisis Swami Ji has inspired many of his karykarta for people-oriented camps providing Medical Facilities, Beds, and Oxygen Cylinders to needy ones.

To make his vision real swami Ji has chosen the path of politics. However, many including his followers have started to criticize him but he is very affirmed to fulfill his “Idea of inclusive Bharat” hence choosing politics to achieve the same. Ideologically he is very close to the political views of the BJP and therefore he has joined the same to make it more practical. In Modi Era, He is considered as a torchbearer of PM Modi’s policies under the banner of Sabka Saath, Sabka Vikas.. His idea for the welfare of society with unparallel oratory skills differentiates him from other Politicians. His grasping ability over mass, ideas of culture, Influence across the age groups, and rhetoric figure of speeches has staged him to the highest pedestal of politics of Marwar and eventually has led people to say that ” Pratap Puri Ji Rajasthan ke Yogi hai [Pratap Puri Ji is Yogi (Adityanath) of Rajasthan].

A Monk in Politics of Social Welfare
Scroll to top